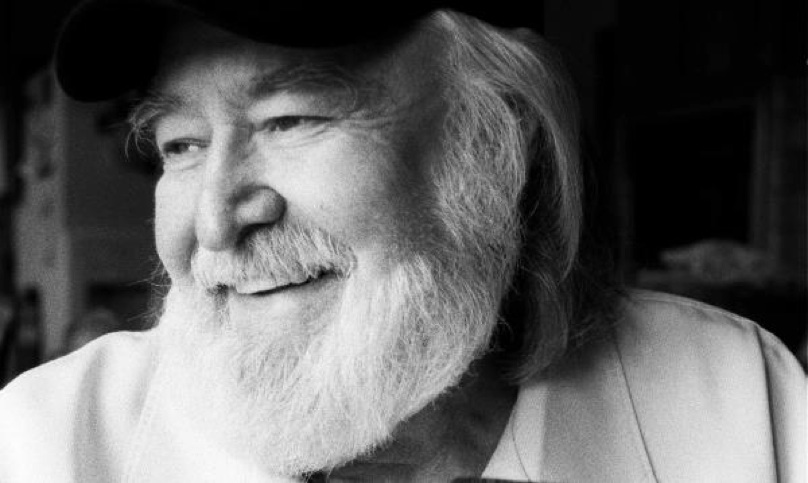 Nashville, TN (October 13, 2014) – Superstar songwriters Dean Dillon and Jamey Johnson will salute Hank Cochran at a tribute concert on November 16. The pair will host the event, gathering friends of the late songwriter for what promises to be an unforgettable night of music and memories. Top-tier tunesmith Scotty Emerick (“Beer For My Horses,” “I Love This Bar”), joins the lineup, which also includes hit songwriter/producer Buddy Cannon (“Set ‘Em Up Joe,” “Give It Away;” Kenny Chesney, Willie Nelson, Jamey Johnson) and singer/songwriter Jesse Whitley, son of the late Keith Whitley. The tribute kicks off the final evening of the 10-day long 30th Frank Brown International Songwriters’ Festival, held “live on the line” from the world-famous FloraBama Lounge. The club is located at 17401 Perdido Key Drive, Perdido Key, Florida; the music starts at 6 p.m., and more information can be found HERE.

Dillon, Johnson and Cannon all knew the late Cochran well: Dean and Buddy were longtime friends and co-writers of Hank’s, while Jamey became close with the NSAI Hall of Famer in his later years. In 2012, Johnson released the Grammy-nominated LIVING FOR A SONG: A TRIBUTE TO HANK COCHRAN. “If I had to dream up the best influence for songwriters, I couldn’t have done any better than Hank,” Johnson says. “That’s what he was – not just for me, but for Willie and for a lot of people – just a helpful friend. If he knew you needed help with something, he could help you. He was there.” Johnson hopes this Tribute will help carry Hank’s philosophy forward. “I want to be that kind of man for the people in my life; same as Hank. He influenced me, not only as an artist and songwriter, but also as a person.”
Dean and Hank shared a love of boats, and many of their songs were written on the waterways of Tennessee and Florida. As a writing team, they are perhaps best known for George Strait’s “Ocean Front Property” and “The Chair,” and Keith Whitley’s classic “Miami, My Amy.” “Hank was definitely one-of-a-kind,” Dillon reflects. “We had some remarkable times together and I’m happy to be a part of this tribute. His legacy deserves a tip of the hat.”

The Cannon and Cochran association was a long and fruitful one. The two shared co-writer credits on the smash hit “Set ‘Em Up Joe” and, as a producer, Cannon’s door was always open to Hank. “He was absolutely one of the best writers of our time,” notes Cannon. “He was the world’s best songplugger and a great friend who is very much missed.”

A devoted fan of the FBISF, Cochran performed on the event’s many stages over the years. Club owner and Fest founder Joe Gilchrest recalls, “Hank was a great supporter of this festival. He was a wonderful friend to me, to songwriters and to musicians of all stripes. He is sorely missed, but I know these guys will do him proud.”

Cochran’s discography reads like a “Who’s Who” of contemporary music. His songs have been recorded by Chet Atkins, Junior Brown, Jimmy Buffett, Johnny Cash, Elvis Costello, Bing Crosby, Vern Gosdin, Merle Haggard, Emmylou Harris, Waylon Jennings, Tom Jones, Loretta Lynn, Dean Martin, Wayne Newton, Elvis Presley, Reba, Linda Ronstadt, George Strait, and Lee Ann Womack. He penned numerous classic tunes, including “I Fall To Pieces,” “She’s Got You,” “Set ‘Em Up Joe,” “Is It Raining At Your House,” and “Don’t You Ever Get Tired of Hurting Me.” As a recording artist, Hank first found fame in the 1950s when he and Eddie Cochran (no relation) formed the rockabilly duo, The Cochran Brothers. Hank topped the Americana Music Chart in 1997 with DESPERATE MEN: THE LEGEND AND THE OUTLAW. In 2002, he released his last CD, LIVIN’ FOR A SONG: A SONGWRITER’S AUTOBIOGRAPHY, to much critical acclaim. The disc’s title track was featured on Johnson’s 2012 CD, with additional vocals by Willie, Merle and Kris Kristofferson.

Hank will be inducted into the Country Music Hall of Fame later this month. The award follows his 1967 inclusion in the Country Music Foundation’s Walkway of Stars, the unanimous vote that earned him his place in the Nashville Songwriters Hall of Fame (1974) and a place in the Mississippi Musicians’ Hall of Fame (2003). His catalog has generated more than 36 million performances, which, if played back-to-back, would amount to more than 200 years of continuous airplay.